MEDITATIONS ON CHRISTIAN DOGMA TREATISE I. GOD. 34. THE POWER OF GOD. 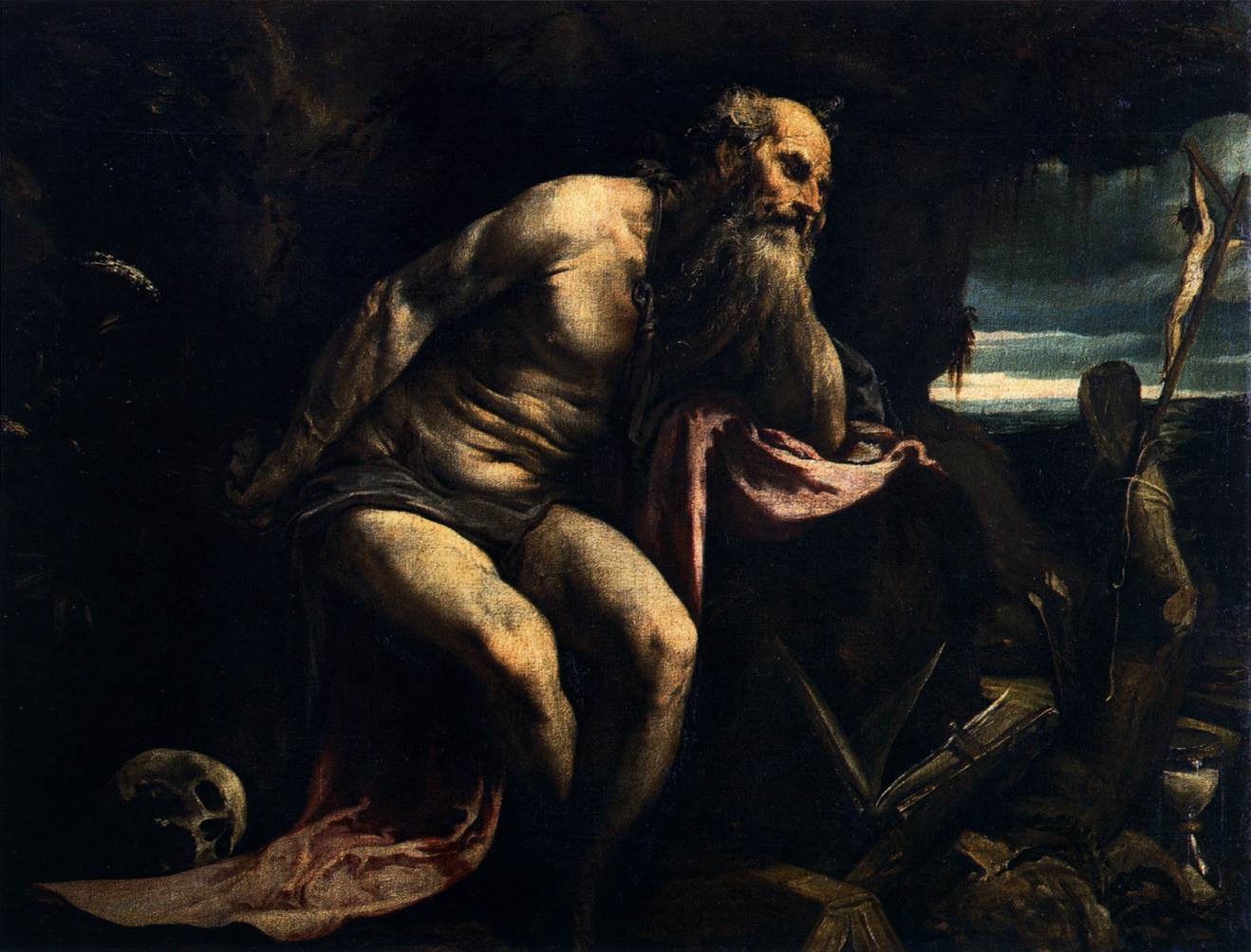 BASSANO, Jacopo
St Jerome
1556
MEDITATIONS ON CHRISTIAN DOGMA
TREATISE I. GOD.
34. THE POWER OF GOD.
I. According to our methods of conceiving the Divine Essence, we attribute to it science as understanding all things, foresight or providence as guiding the world, will as commanding, power as executing or producing what has been determined. The power of God is the supplement to all the other perfections, as giving outward effect to them. All beings possess some degree of power; man possesses much; God possesses it perfect in kind, universal in extent, infinite in its capabilities. He is forever exercising this power. We perceive but small exhibitions of it, relatively speaking. In its completeness it is infinitely beyond all that we have seen of it in nature, or are able to imagine. God alone is worthy of all power : none other is capable of using it rightly. How well it is for you to be in the hands of God! How terrible will be the lot of those who have placed themselves under the power of the evil one! Pray to be preserved from this. Render all your submission to God, and none to any other power except in obedience to the will of God, and so far as it represents Him. " O Adonai Lord, great art Thou, and glorious is Thy power, and no one can overcome Thee. Let all Thy creatures serve Thee . . . there is none that can resist Thy voice " (Judith xvi. 16, 17).
II. Compare the power of God with the power of men. 1. Human power is always abused, it runs to excess and unreason. Consider what power has come to in the hands of tyrants, of the proud, of the covetous, of the lustful, of the intemperate. How seldom has power been used beneficially by rulers, by the rich, by the talented, by the learned! How different it is with God! 2. Human power in even the best-intentioned hands is a failure. It operates always with difficulty; it is thwarted by the opposition of others; it is turned into wrong channels through error ; it does not produce the effects expected of it; it cannot long maintain its vigour, it dwindles and disappears. How different the power of God in each respect! 3. Earthly power is always dependent on the cooperation of others and on favourable circumstances : the greater it is, the more it requires of aid from other sources, and the more numerous are its chances of failure. God is independent; He can do all things alone; He makes use of us but He does not require us. Whether we live or die, succeed or fail, it is of no consequence to the infinite power of God. Whatever power you possess is from God. Endeavour to employ it according to His example. This is necessary if you would succeed. The neglect of this is the source of the strange intricacies of difficulty that so often appear unexpectedly and neutralize our best endeavours.
III. "According to His greatness so also is His mercy with Him" (Eccli. ii. 23). The exhibition of God's mercy is the occasion of the chief exercise of His power. 1. By pardoning our sins so promptly and easily, and remitting their punishment, God shows His absolute control over the sequences of cause and effect. 2. By transferring us from the natural order and leading us to supernatural life through so many obstacles, He proves that all creatures are plastic in His hands, that His resources are infinite, and that the impassable barriers between the two orders yield at His word. 3. The mercy of God is the source and the motive of all the great mysteries of power wrought in the Incarnation, and the Church, and the Saints, and the Sacraments. God communicates to us both His mercy and His power. He calls upon us to be instruments of His work, and to help Him by co-operation in the advancement of His glory, resistance to evil, the salvation of souls. For this purpose He places some of His power in our hands as His delegates. Use it well, and thank Him for fulfilling in you the promise made of old: "They that fear Thee shall be great with Thee in all things" (Judith xvi. 19)
MEDITATIONS ON CHRISTIAN DOGMA BY THE RIGHT REV. JAMES BELLORD, D.D.
Email Post