MEDITATIONS ON CHRISTIAN DOGMA. TREATISE II. THE BLESSED TRINITY. 1. THE EXCELLENCIES OF THE TRINITY. 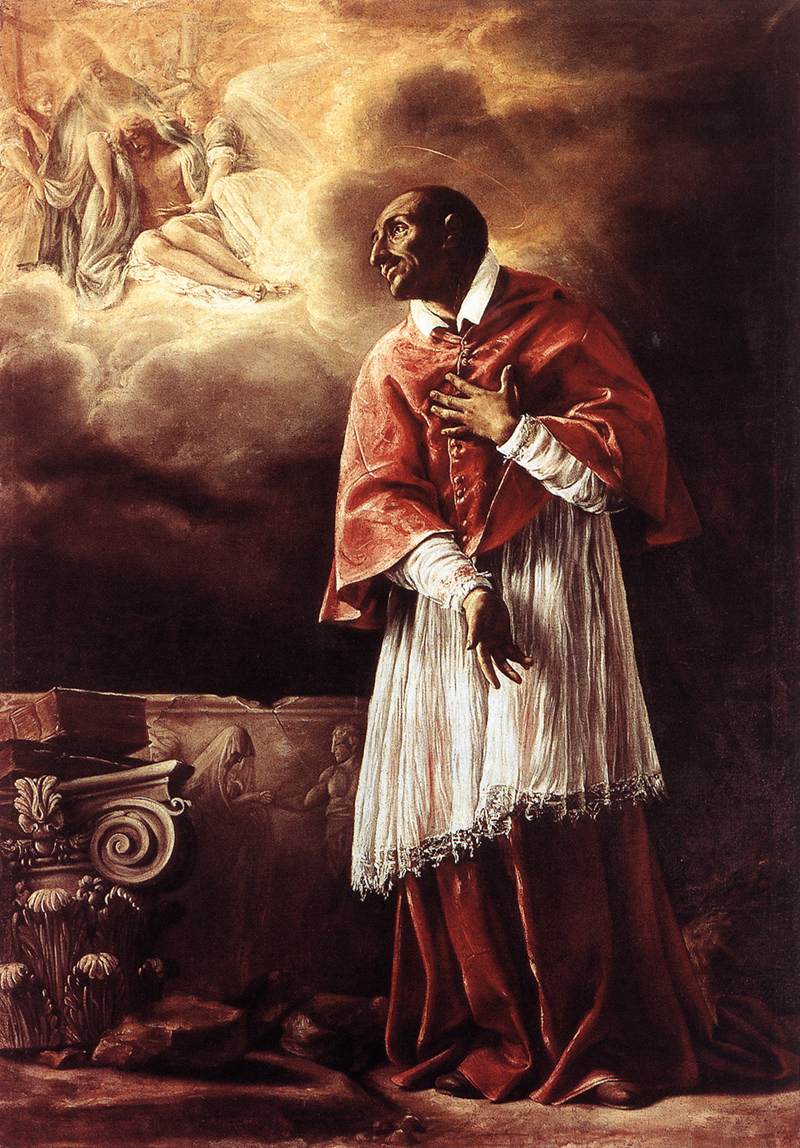 1. THE EXCELLENCIES OF THE TRINITY.

I. Comparing infinity with infinity, so far as such a thing is possible, we may say that the Blessed Trinity sur passes all other mysteries in that it is more incomprehensible, and further removed above our capacities, and beyond the attempts of our curiosity. It is like the sun, which blinds the eye that gazes on it ; like a boundless ocean which an infant looks at from the shore. We know so little, after all, of this world, of the structure of our being, of our fellow-men, of the productions of the human mind; how can we fathom the mysterious mode of existence of the Maker of all? The angels, pure spirits, of immense natural powers, and supernaturally illumined, although always exercising themselves in acts of knowledge, will never succeed in comprehending the secret of the infinite life. And men, living but a short space here, only just beginning to read the secrets of this world, occupied much with material things, blinded by conceit and sensuality, presume to criticize and pass sentence on the most recondite mysteries of God, and to deny the existence of anything that they have not seen and touched. From the incomprehensible nature of the Trinity learn humbly to acknowledge your incapacity. Be thankful to God for revealing it to you, and for accord ing you the infused habit of faith which enables you to perceive the truth and believe it. This is the first step towards the clear knowledge of it in eternity.
II. Antiquity and unchanging stability always command our wonder and respect. The Blessed Trinity is the most ancient of all mysteries. The other mysteries, the Creation, the Incarnation, the Redemption, the Immaculate Conception, the Blessed Sacrament, have taken place in time, so long ago, and at a definite date. Not so with the Blessed Trinity. It existed before time was. It goes back to the depths of eternity. It always was. It never began nor ended ; it is in action now, and is not a past event. It is the mode of God's existence, a vital action always subsistent. " O beauty ever ancient and ever new " (St. Aug.), never beginning, never ending! How modern and temporary are all things else ! What are the kingdoms of the world, the beginnings of history, the epochs of geological time, the first formation of this earth, the remote commencements of the stars when they slowly consolidated themselves out of the nebular mists of scattered atoms what is all this to the antiquity of the mystery of the Trinity ? How miserable is your short life compared with this ! Confess your insignificance and glorify God.
III. As, in the natural order, God is the source whence all things proceed and to which they will all return, so, in the supernatural order, the Blessed Trinity is the central point of all mysteries and divine operations. In the work of creation a special function is attributed, by appropriation, to each of the Divine Persons, and so also in the system of grace and supernatural life by which mankind are brought to God. Thus the Trinity may be called the source of these mysteries. It is also their object, or the end to which they all return ; for the purpose of them is the exhibition of the divine operations, and the manifestation externally of the glory of the Holy Trinity. The Second Person, as man, made known the Father and the Holy Ghost. He communicated them to us. He instituted the eternal sacrifice commenced on Calvary, to restore to them the dominion which had been overthrown by sin. The Trinity constitutes the beatitude of God and the final end and beatitude of all creatures, angels and men. It is the Alpha and Omega, the first and the last. So it is with you personally. You are on earth for a very brief interval to work out your return to the God whence you proceeded. Never deviate from this, your one and sole object.
MEDITATIONS ON CHRISTIAN DOGMA BY THE RIGHT REV. JAMES BELLORD, D.D.
Email Post