Montanus Began To Speak In An Extraordinary Manner, Make Use Of Unknown Words, And Utter Prophecies In Contradiction To The Traditions Of The Church. 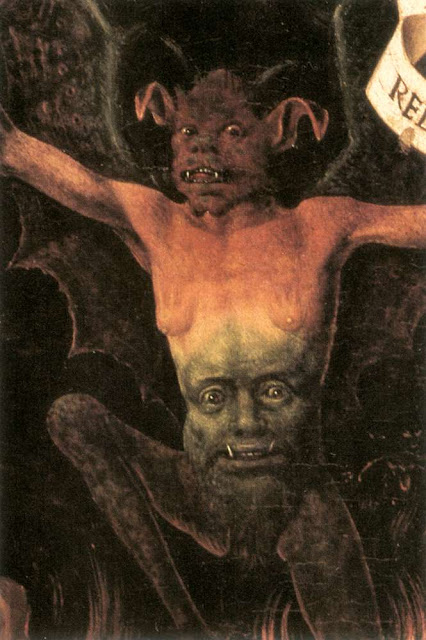 MEMLING, Hans
Triptych of Earthly Vanity and Divine Salvation (detail)
c. 1485
10. Montanus, as Cardinal Orsi tells us (15), was born in Ardraba, an obscure village of Mysia. He first led such a mortified life that he was esteemed a saint; but, possessed by the demon of ambition, his head was turned. He began to speak in an extraordinary manner, make use of unknown words, and utter prophecies in contradiction to the traditions of the Church. Some thought him possessed by a spirit of error ; others looked on him as a saint and prophet. He soon acquired a number of followers, and carried his madness to the utmost excess ; among others who joined him were two loose women of the names of Prisca or Priscilla and Maximilla, and, seemingly possessed by the same spirit as himself, they uttered the most extraordinary rhodomontades. Montanus said that he and his prophetesses received the plenitude of 4he Holy Ghost, which was only partially communicated to others, and he quoted in his favour that text of St. Paul (I. Corinthians, xiii, 9), " By part we know, and by part we prophesy ;" and they had the madness to esteem themselves greater than the apostles, since they had received the Holy Ghost promised by Jesus Christ in perfection. They also said that God wished, at first, to save the world, by means of Moses and the prophets ; when he saw that these were not able to accomplish it, he himself became incarnate ; but even this not sufficing, he descended in the Holy Ghost into Montanus and his prophetesses. He established nine fasting-days and three Lents in the year. Among other errors he prohibited his disciples to fly from persecution, and refused to admit sinners to repentance, and prohibited second marriages (16). Eusebius tells us that he died miserably, having hanged himself (17).
(15) Orsi, t. 2, /. 4, n. 17.
(16) Euseb. Hist. Eccl. /. 5, c. 15.
(17) Baron. An. 173, n. 20; N. Alex. (15) Orsi, t. 2, /. 4, n. 17. .
Email Post