Why Do Ethno-Nationalist FSSP Rad Trads Hate AZOV So Much? Because AZOV Was Created By The Ukrainian Government.

Well because AZOV was formed by the Ukrainian Government - it is the National Guard of the Ukraine.

AZOV was formed during Putin's 2014 campaign against the Ukraine.

FSSP sins against Piety and it shows in their hatred for their own homeland. So if you have a Country that forms a National Guard like the AZOV to protect itself from foreign invaders like Russia the FSSP Rads will object.

Mind you the FSSP Rad Trads have no problem with Nationalism - they embrace it. Look at the New Force (Italy) (Italian: Forza Nuova, FN) or the Lega Nord both are Ethno-Nationalism of the Italian kind.

Call it the effects of Sin against Piety.

But this love of Ethno-Nationalism is only for those Nationalist Political Organization that are formed or created privately and not created by the State. 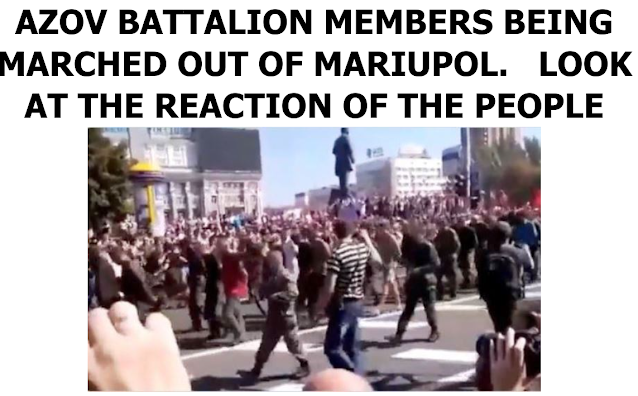 "A forerunner of the Antichrist, with his troops drawn from many nations, will wage war against the true Christ, sole Savior of the world; he will shed much blood and will seek to annihilate the cult of God so as to be regarded as a god." Our Lady of La Salette 19 Sept. 1846 (Published by Mélanie 1879)
The Forerunner to the Antichrist will create his Army of Nationalists from Ethno-Nationalist from around the Globe. The one thing they all have in common is that they were created and formed privately with no State approval.
Again it goes back to FSSP Rad Trad sin against Piety.