Pope Francis fuels new speculation on future of pontificate
ROME (AP) — Pope Francis added fuel to rumors about the future of his pontificate by announcing he would visit the central Italian city of L’Aquila in August for a feast initiated by Pope Celestine V, one of the few pontiffs who resigned before Pope Benedict XVI stepped down in 2013. Italian and Catholic media have been rife with unsourced speculation that the 85-year-old Francis might be planning to follow in Benedict’s footsteps, given his increased mobility problems that have forced him to use a wheelchair for the last month. Those rumors gained steam last week when Francis announced a consistory to create 21 new cardinals scheduled for Aug. 27. Sixteen of those cardinals are under age 80 and eligible to vote in a conclave to elect Francis’ successor. Once they are added to the ranks of princes of the church, Francis will have stacked the College of Cardinals with 83 of the 132 voting-age cardinals. While there is no guarantee how the cardinals might vote, the chances that they will tap a successor who shares Francis’ pastoral priorities become ever greater. 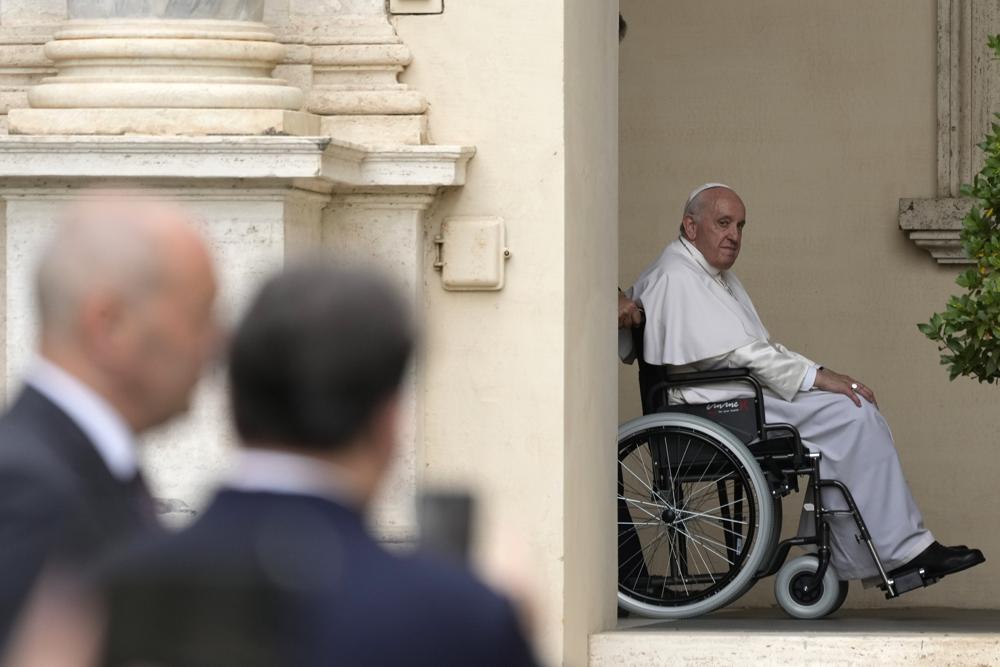 In announcing the Aug. 27 consistory, Francis also announced he would host two days of talks the following week to brief the cardinals about his recent apostolic constitution reforming the Vatican bureaucracy. That document, which goes into effect Sunday, allows women to head Vatican offices, imposes term limits on priestly Vatican employees and positions the Holy See as an institution at the service of local churches, rather than vice versa.Francis was elected pope in 2013 on a mandate to reform the Roman Curia. Now that the nine-year project has been rolled out and at least partially implemented, Francis’ main task as pope has in some ways been accomplished. All of which made Saturday’s otherwise routine announcement of a pastoral visit to L’Aquila carry more speculative weight than it might otherwise have. Notable was the timing: The Vatican and the rest of Italy are usually on holiday in August to mid-September, with all but essential business closed. Calling a major consistory in late August to create new cardinals, gathering churchmen for two days of talks on implementing his reform and making a symbolically significant pastoral visit suggests Francis might have out-of-the-ordinary business in mind. “With today’s news that @Pontifex will go to L’Aquila in the very middle of the August consistory, it all got even more intriguing,” tweeted Vatican commentator Robert Mickens, linking to an essay he had published in La Croix International about the rumors swirling around the future of the pontificate. The basilica in L’Aquila hosts the tomb of Celestine V, a hermit pope who resigned after five months in 1294, overwhelmed by the job. In 2009, Benedict visited L’Aquila, which had been devastated by a recent earthquake and prayed at Celestine’s tomb, leaving his pallium stole on it. No one at the time appreciated the significance of the gesture. But four years later, the 85-year-old Benedict would follow in Celestine’s footsteps and resign, saying he no longer had the strength of body and mind to carry on the rigors of the papacy. Source