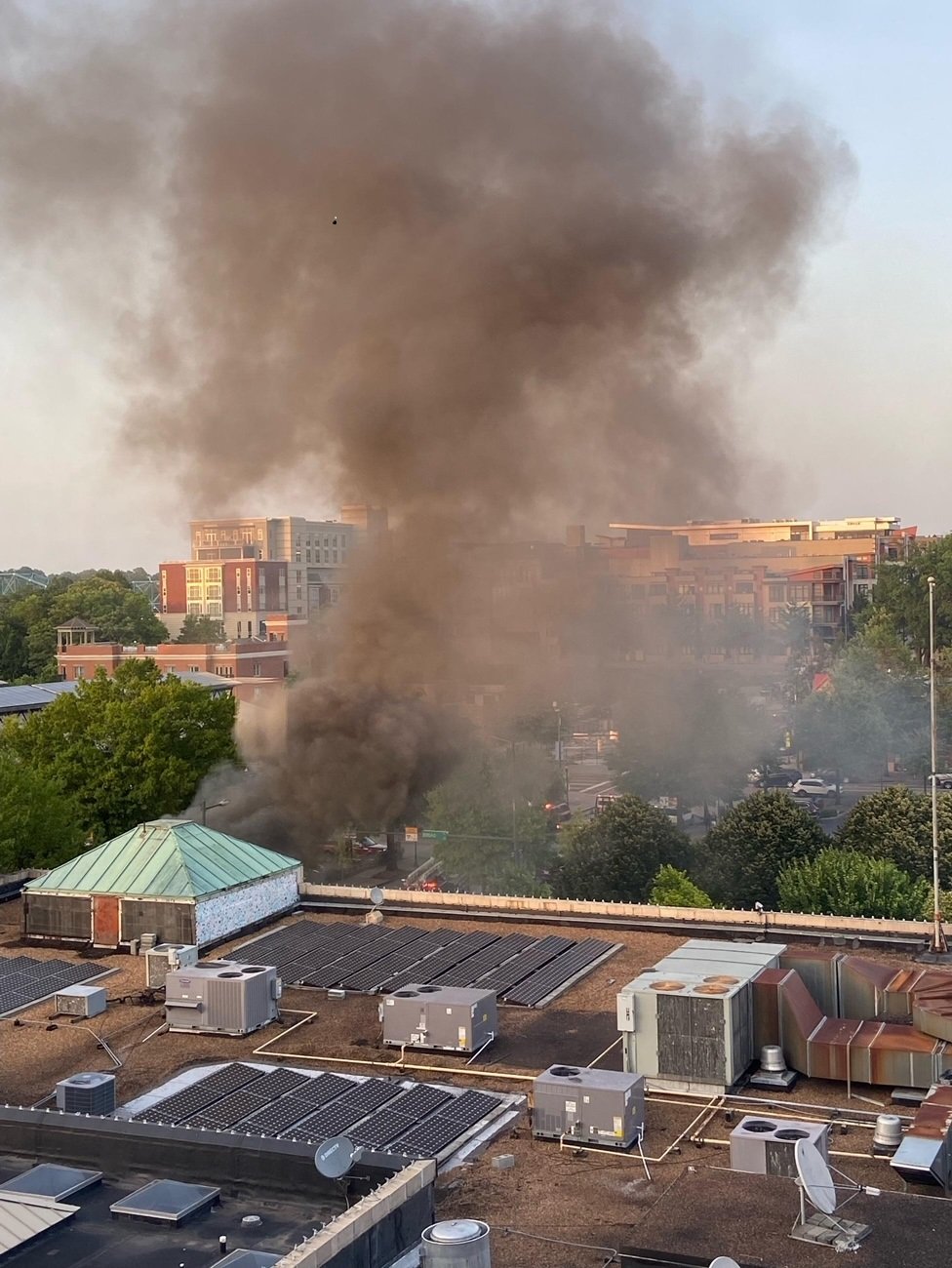 Explosion From Underground Transformer Sends Smoke Billowing Across From The Aquarium; Much Downtown Power Shut Off; Buildings Evacuated
Parts of downtown were without power on Tuesday night due to an explosion from an underground transformer at Broad Street and Aquarium Way. Firefighters were called to the 200 block of Broad Street at 8:17 p.m. As a result of the incident, power was cut to a significant area - a six-block radius around where this occurred. Officials said there was no other damage or injuries at this time. This is impacting traffic lights so the public is asked to avoid the area if possible as crews continuing working. Some nearby buildings were evacuated, including the High Point climbing facility. Passersby said a large billowing of smoke went up just across from the circle drive at the entrance to the Aquarium. A number of streets nearby were blocked off. At 9 p.m., officials said the power outage had been extended to Memorial Auditorium on McCallie Avenue down to 601 Walnut, then from 6th Street to Aquarium Way, including Market, Broad and Chestnut. EPB is on the scene. They are waiting for the transformer to cool off to start working on it, officials said. Officials said at 9 p.m., "There is no active fire at this time. We understand that this leaves many residents and businesses without power - and air conditioning - on a hot/humid evening. Crews are working as quickly as possible to address this matter." Source
Email Post