Blessed Sacrament: The Second Cause To Be An Epitome Or An Abridgment Of All Gods Wonders 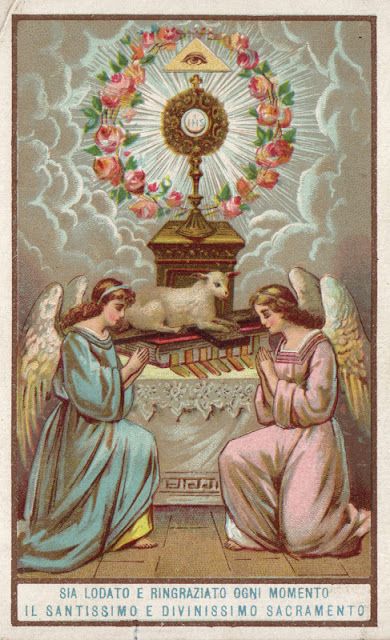 The Second Cause To Be An Epitome Or An Abridgment Of All Gods Wonders
After that God had roused from nothing the mighty mass of this world, polished it in number, measure,& weight, the last work those artificial hands finished was man, who as an epitome or an abridgment comprehended in himself the degrees of all creatures: thereby giving us to understand, that as often as we look upon man, we should call to our memories, how many goodly creatures, and how admirably God had created and provided for his cause: even so after that God in the old Testament, and Christ in the new, had wrought infinite miracles and wonders one of the last which Christ solemnly manifested to the world was this blessed Sacrament, as a memorial of all his wonders, as an abridgment of all his miracles, that thereby seeing this Sacrament, we should expend what wonderful miracles he had effected for us, and what singular graces he had beſtowed vp on vs, the which it fecmeth Dauid ſtand- ing aloofe off in his high turret of faith did с 4A Treatiſe of Pla. 110. did contemplate, when he ſaide, Memo - riam fecit mirabilium ſuorum miſericors et miſerator Dominus, eſcam dedit timentibus ſe, Our merciful and pittiful Lord inſtituted a memory o this wonders, he gaue foode to them that feare him. that all miracles and ſingular wonders which God euer wrought, are compriſed in this Sacramêt or the like caſily, it might be proved; A few I will number, leauing the reſt to the diſcourſe of euery ſound diuine. What wonder ſhewed God firſt to the worlde by creation of nothing to make all : here many learned diuines holde that Chriſts body exſiſting in heauen is created anew, for they ſay it is posſible for God to cre- ate my ſoule and body againe in Fraunce, Ibeeing in Englande, as for to reproduce in the reſurrection thoſe formes, quali- ties, and accidents, which periſhed by death and corruption in the graue, and Cip.de cana truly this manner of ſpeach diuers fathers vſe.calling this action, by which Chrift body is placed in the Sacramcnt,crcation: moreouer ic plainly apeareth, that when the formes of bread and wine are cor- rupted, God produceth a new ſubſtanti. all matter to luſtaine and vpholde the Dom, ncw she bleſſed Sacrament. 13 1 new accidents. If you diſcourſe ouer the miracles of tranſforming Lots wife into Gen, 19. Exod.4. & a Piller of ſalte, the rod of Moſes into a ſerpent, the riuers inco bloud, water into lob.2. wine in the mariage, tranſubſtantiation preſently repreſenteth the ſame. If rai- ſing vp of the dead, if giuing light to the blinde, if in ſatiating a number with ſo little, moſt plainly it Thall appeare here- after, that this Sacrament cauleth life e- uerlaſting, that is openeth the eyes of the foule, that it feedeth millions and neuer confumeth. Therfore moſt true it is, that this Sacrament is an abridgment of the wonders that God wrought, and it ſelfe one of the greateſt wonders of all. And therfore they may well ceaſe now, who admired ſo much Archimedes for con. triving a ſpheare of glaſſe, wherein hce had co.npriſed the motions of the hea- uens, ſince in this ſacramentare vnited all the admirable operations, wonders, and miracles, which proceed from the hands of the foucraignc workman of heauen and earth, grace and nature. The
Email Post