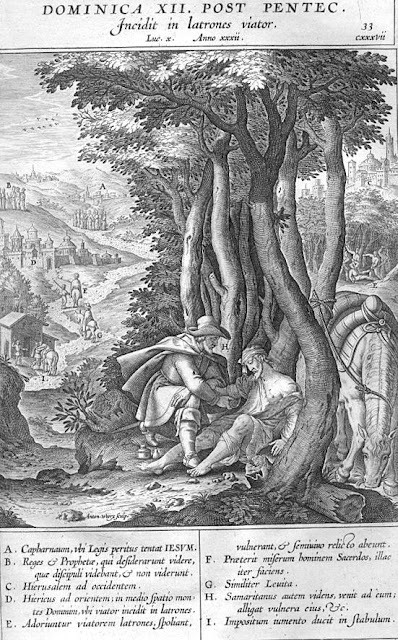 Acknowledgment of benefits & thankfulness or gratitude for the same, is the key of the Treasury of the mercies & goodness of God towards mankind.

Nothing dryeth up the fountain of God's goodness towards us, so much as ingratitude.

The Cup bearer of King Pharaoh, and the Patriarch Joseph were in prison together: Joseph by way of prophesy, (wherewith God had endued him) told him that one of his fellow servants that was there in prison with him, within three days should be hanged,and should be delivered & restored to his place again, and be in as good grace with the King as he was before, only he entreated him to be mindful of him to the king his Master, and to get him out of prison.

The Cup-bearer being at liberty and in his former place and favor with the King, was so ungrateful as never to remember him.

Joseph was set free by other means, and made Governor of all the kingdom under the King.

Now what a shame and confusion was it, think you, for this ungrateful wretch to be subject, & servant unto Joseph, towards whom he had been so ungrateful?

This no doubt, was ordained of God, amongst other weighty causes, in punishment of his ungrateful mind, & a warning for us.

For what a shame and confusion will it before ungrateful persons, that forget the benefits of God, and not only do him no service for them, but make them instruments to offend him there withal, which he that was such unto us in this life, shall come to be our judge in the next: yea for a punishment of Ingratitude God doth oftentimes permit the ungrateful to fall into such blindness of heart, that they shall not see the way or means how to be grateful, though they be never so learned, or wise.

So did, as St. Paul sayth, the wise Philosophers of the world who by their natural wisdom, did know God more then others, but were so ungrateful as not to worship him as God: And therefore for a punishment of their ingratitude, God permitted them to vanish away in their cogitations, and foolish hearts obscured, that professing themselves Philosophers, or Wise men, with all their wisdom became such fools, as to change the glory of the incorruptible God, into the image of a corruptible man; and of fowls and four-footed beasts, and serpents, to adore them for Gods, and all this as St Paul sayth, because knowing God more then others, they did not glorify God, and give thanks unto him, for his benefits, especially that of their natural wisdom, to know God, more then others did.

Therefore St. Paul counseled the Colossians, & in them us that whatsoever we do in word, or in work, we do it in the name of our Lord Jesus Christ, giving thanks to God the Father by him; which thankfulness doth not consist in words, but in keeping his commandments: My dear children, sayth St. John,let us not love in tongue and word,but in work and truth.

The rod of Aaron and the Tables of the Law were kept together in the Ark,& must be kept together in our hearts,the rod of remembrance of Gods benefits towards us signified by that rod of Moses by which the people received so great a benefit,as to be delivered out of their long captivity of Egypt,and the keeping of the commandments in the Tables of our hearts,signified by the commandments kept written in the Tables of Stone: which how to do, the Meditation following shall show.