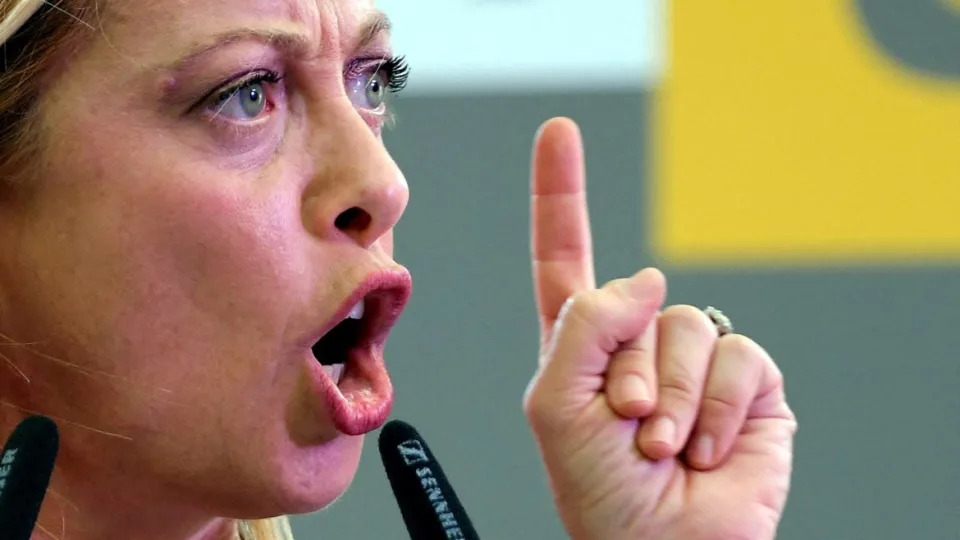 “Italy will be punished for her ambition in wanting to shake off the yoke of the Lord of Lords. And so she will be left to fight a war; blood will flow on all sides. Churches will be locked up or desecrated. Priests and religious orders will be hunted down, and made to die a cruel death. Several will abandon the faith, and a great number of priests and members of religious orders will break away from the true religion; among these people there will even be bishops. Our Lady of La Salette 19 Sept. 1846 (Published by Mélanie 1879)
“France, Italy, Spain, and England will be at war. Blood will flow in the streets. Frenchman will fight Frenchman, Italian will fight Italian. A general war will follow which will be appalling. For a time, God will cease to remember France and Italy because the Gospel of Jesus Christ has been forgotten. The wicked will make use of all their evil ways. Men will kill each other; massacre each other even in their homes. Our Lady of La Salette 19 Sept. 1846 (Published by Mélanie 1879)
"During the time of the approach of the punishments announced at La Salette,an unlimited amount of false revelations will arise from hell like a swarm of flies; a last attempt of Satan to choke and destroy the belief in the true revelations by false ones." Marie Julie Jahenny of La Faudais (d.1891)
Is this the one?
Anti-Immigration Rape Video Posted by Italy’s Frontrunner Giorgia Meloni Pulled by Twitter
Twitter has pulled a controversial blurred video of an asylum-seeker sexually assaulting a Ukrainian woman that was posted by the woman likely to be elected as prime minister of Italy next month. Giorgia Meloni, who leads the Brothers of Italy party—which proudly boasts Fascist symbols in its logo—posted the video as part of a campaign promise to “secure the cities.” The blurred video, which does not reveal the identities of the victim or suspect but which has full audio that includes the woman’s cries for help, drew scorn from her political opponents and praise from her center-right coalition partners Silvio Berlusconi and Matteo Salvini, whose own anti-immigrant stance has drawn condemnation from human-rights groups. Salvini is facing a kidnapping trial for blocking a rescue boat of asylum-seekers in the sea under scorching temperatures while he was serving as interior minister between 2018 and 2019. The video was shot by someone in an apartment above the sidewalk where the incident happened, and it first appeared on a newspaper website before Meloni re-posted it as part of her campaign. Meloni leads a center-right coalition that looks to handily win snap elections on Sept. 25 after the dramatic fall of Mario Draghi’s government in July. The populist coalition has campaigned on Trump-style conservative promises, including a strong anti-immigration platform and hints that abortion rights could be diminished if they win. The far-right leader has been a frequent speaker at the U.S. conservative conference C-PAC, where she has shared the stage with Viktor Orban of Hungary. She is also close to Steve Bannon, who headlined her conservative conference in Italy before the pandemic and with whom she campaigned in the last election. If elected, Meloni would be the first female prime minister in Italy. Source

Possible identification of another figure found in Message of La Salette. This one is unnamed. But her actions are clear:
1. wanting to shake off the yoke of the Lord of Lords.
What does this mean? Giorgia Meloni  waging war on Pope Francis.
The other two figures identified in the Message of La Salette are:
1. Archbishop Vigano is the two faced Napoleon
2. Baron Alexander von Tschugguel is the Forerunner to the Antichrist
What to look for?
Both Vigano &  von Tschugguel photo op with Giorgia Meloni and a Tweet or two from  von Tschugguel on his support for  Giorgia Meloni and Vigano's love letters to Giorgia.

Will post Vigano's love letter to Giorgia soon......
This is all I got for now. More to come - I. am. sure.
ARCHBISHOP VIGANO IS THE TWO FACE NAPOLEON: