Good Morning Everybody! Who Dies First? Putin Or One Of The Two Popes? ~ Signed Mélanie 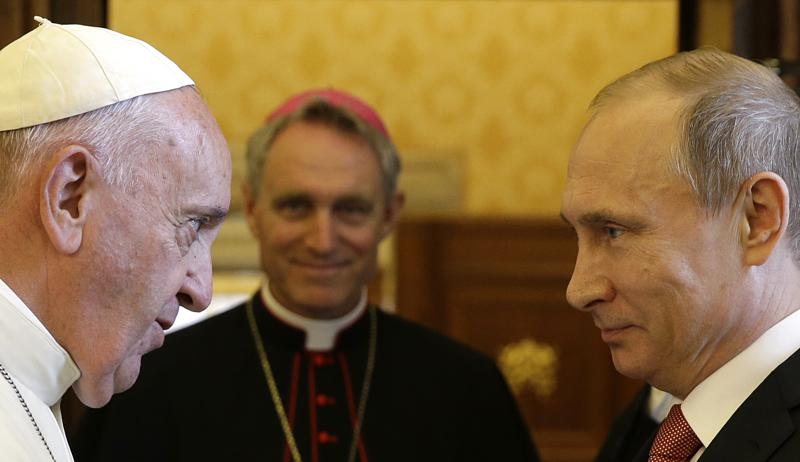 OK it looks like I might have to change the La Salette + Fatima Timeline. I have both Popes dying in 2022 and then the start of the Great  35 year Chastisements after the Two Popes are dead in 2022.
I will probably change the date to 2023 on New Years Eve 2022.
I guess that's a consolation of sorts.
Next question is - will Putin die before one of the Two Popes?
Putin's relatives 'are concerned about his coughing fits and constant nausea' say 'Kremlin insiders' who claimed he is also suffering cancer
Vladimir Putin's relatives are concerned about coughing fits, constant nausea and a lack of appetite, it is claimed, after the Russian leader allegedly underwent a medical examination over the weekend. His circle is worried that his 'thinness and persistent cough' is becoming noticeable and will be seen by the elites in Russia as a 'sign of the leader's rapidly deteriorating health', according to Telegram channel General SVR, which has long claimed he is suffering from cancer despite the Kremlin insistence he is in good health. Despite appearing considerably bloated and puffy in the face, the Russian president has lost 18lbs in recent months, said the channel which purports to have sources inside the Kremlin. Today Putin sounded uncomfortable, stifling coughs while speaking in quiet, laboured tones during a meeting with Deputy Prime Minister Dmitry Chernyshenko. He let slip one cough during a discussion about sporting provision in Ukrainian regions he annexed from Ukraine, and hurriedly continued speaking as if trying to cover and move on as quickly as possible. The Telegram channel - which cited no proof for its claims of Putin's ill health - reported: 'Both Putin himself and his relatives, as well as doctors, are worried about the president's coughing fits, as well as constant nausea and lack of appetite due to medication and a specific diet [for] oncology. 'In the past few months, Putin has lost eight kilograms, and those around the president are worried that the thinness and persistent cough that is noticeable in progress will be regarded by the elites as a sign of the leader's rapidly deteriorating health.' Putin was only seen once between Friday and Sunday - the period during which he is said to have undergone a medical examination amid declining health - in an unremarkable online meeting with the governor of former GULAG region Magadan, Sergey Nosov. However, such meetings are often believed to be 'canned' - recorded at an earlier date, edited and then broadcast as though they are live. The General SVR channel has further claimed that Putin is particularly bad tempered over his troops poor performance in the war, berating and then cutting off defence minister Sergei Shoigu during a recent online meeting. Putin resorted to screams and profanities, it was alleged, then cut the call amid a coughing fit. Source