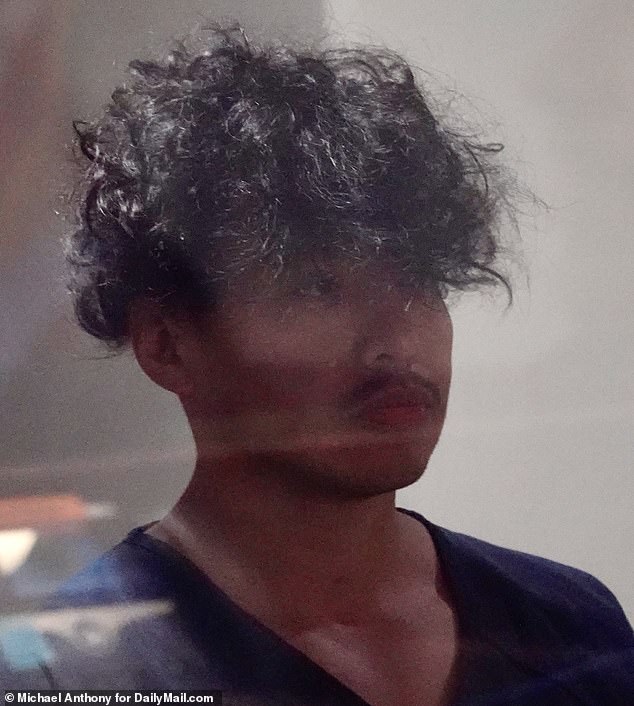 Muslim haircut style see bottom right...
From Guatemala.
Did Barrios  convert to Islam in Guatemala or USA?
Knifeman who stabbed Las Vegas showgirl, 30, and man, 47, to death outside Wynn hotel 'is ILLEGAL IMMIGRANT who has criminal record in California': Female victim died in co-worker's arms
A man accused of stabbing to death two people - including a Las Vegas showgirl and a 47-year-old man - as well as injuring several others, is an illegal immigrant with a criminal record, it has been claimed. The harrowing mass stabbing on the Las Vegas strip was laid bare in a police arrest report released on Friday. Yoni Christian Barrios, 32, who is charged with murdering two and attempting to kill six more on Thursday, told detectives that he is a Guatemalan immigrant and that he stabbed eight people so he could 'let the anger out.' Fox News says Barrios was in the US illegally at the time, and that he had a criminal record in California for unknown offenses. He was not known to ICE prior to the stabbing, the outlet added. Maris Mareen Digiovanni, 30, and Brent Allan Hallett, 47, both died after being stabbed in the attack that happened in broad daylight. On Friday, a co-worker of showgirl Digiovanni also revealed that she bled out in a co-worker's arms after being fatally-knifed. 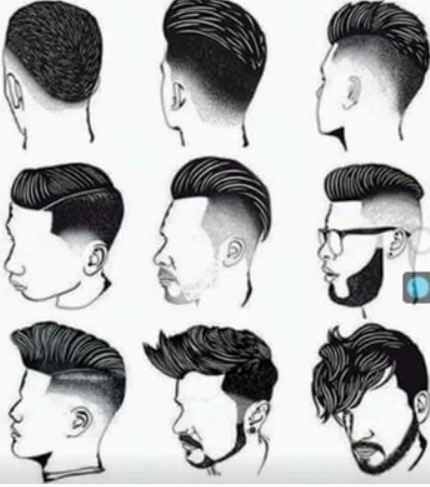 A Las Vegas Metropolitan Police Department arrest report first obtained by Channel 8 News said Barrios came from California to Vegas two days earlier and planned to move in with a friend, but when he arrived the friend backed out. Barrios told detectives he took a bus to the strip, where other passengers made fun of him and he ‘wasn’t treated like a human being.’ According to the report, Barrios asked a janitor at the Wynn Hotel and Casino about job opportunities, then asked the janitor to contact ICE for him so he could return home to Guatemala. Barrios then asked a security guard at the hotel about selling his knives to pay for his trip home, officers wrote. The guard told Barrios to ‘jump in front of a train.’ Barrios exited the hotel and it was then that he approached his first victims. The police report says he told a group of four showgirls that he was a chef. As one woman backed away from him, he allegedly charged at her. Source 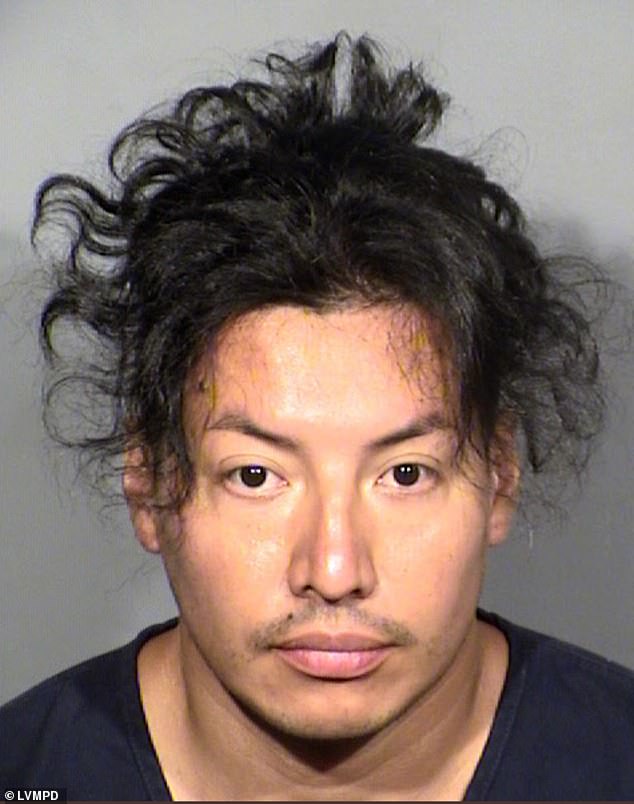