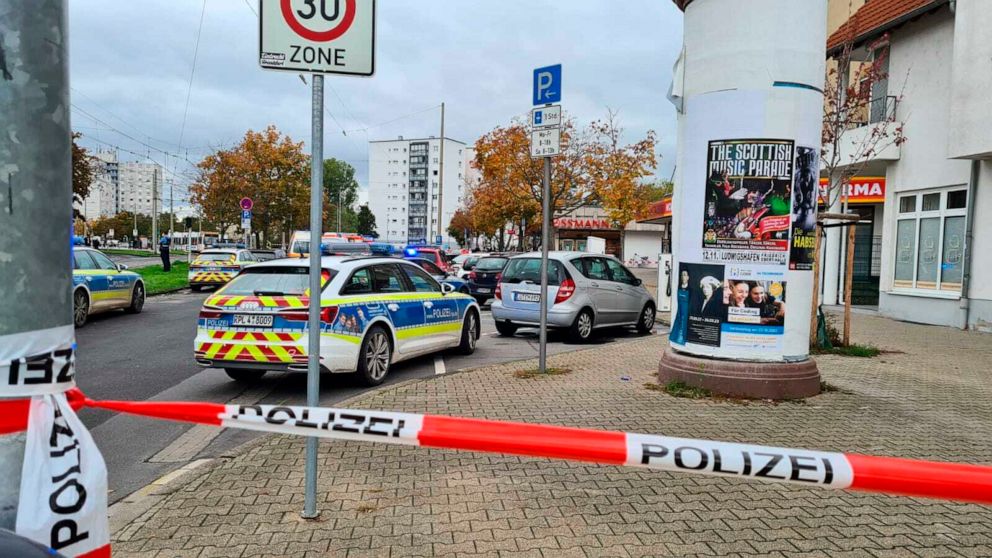 Two people are stabbed to death and another person injured before knifeman is shot and arrested in Germany
Two people have been killed and another has been injured in a horror stabbing spree in Germany. The attacker, who is now in custody, started the frenzy in the city of Ludwigshafen and his motive remains unclear. He fled the scene and officers fired shots at him in a dramatic chase before he was detained. He was shot in the process and it is not yet clear how serious his injuries are. First accounts indicated that 'an individual had attacked another with a knife', said police in a statement. The crime scene has been cordoned off and there is no danger for the public, they added. Germany has been hit in recent years by deadly knife attacks, some carried out by extremists and others by people suffering from serious psychological problems. Source 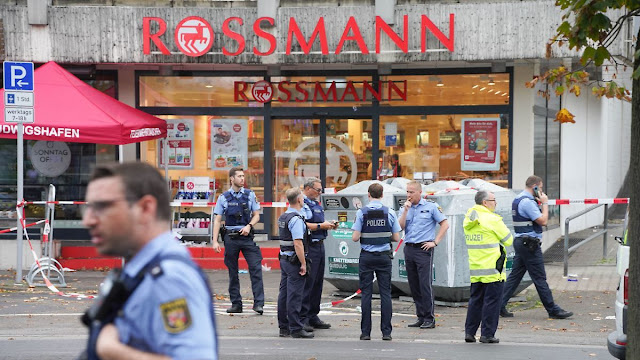 BERLIN -- Two people were killed and another seriously wounded in a stabbing Tuesday in southwestern Germany, police said. The suspected assailant was detained. Police said that they were alerted to the stabbing in a suburb of the city of Ludwigshafen on Tuesday afternoon. The 25-year-old suspect, a Somali citizen, initially fled the scene and was detained in a drugstore. Officers used their firearms in the process and he was seriously injured, but not in life-threatening condition, police said. Police later said the victims who were killed were two German men, ages 20 and 35. The severely injured person is a 27-year-old German. Neither the names of the victims nor of the perpetrator were given, in line with German privacy policy. Further information on the incident and possible motives of the attack weren't immediately available. Police said there was no danger to the public. Source
Email Post