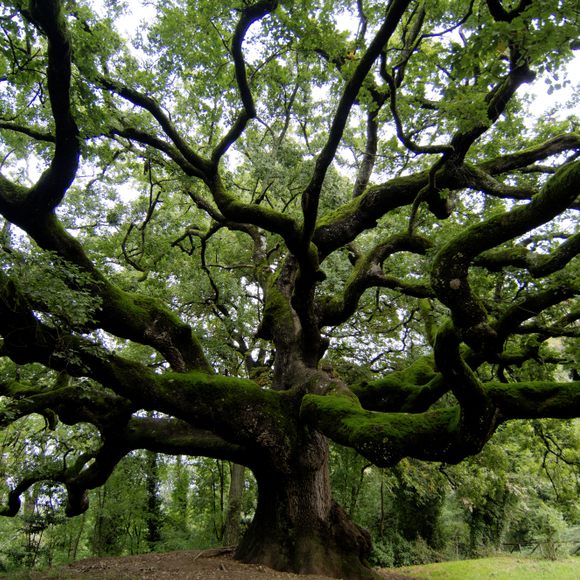 Oak Of The Witches: According to one local legend, witches once gathered around the 600-year-old oak. They danced wildly atop its knotty branches, using the plant as a theater for their chants and ceremonies. It seems that their rituals stunted the tree’s growth and deformed its shape, causing it to reach outward rather than upward. Source
20 minute drive from the Oak of Witches to Lucca....
Witchcraft in the area?
Sure why not.
Another House explosion this time in Italy - Gas or Witchcraft?
2 dead, 3 hurt, 1 missing in Lucca home blast
(ANSA) - ROME, OCT 27 - Two people were killed and three injured by an explosion in a house in Lucca in Tuscany on Thursday, with one person missing, police said. The explosion, believed to have been caused by a gas leak, left a 60-year-old couple dead, a pregnant woman pulled from the rubble seriously injured but alive, and two lorry drivers who were driving past at the moment of the blast taken to hospital in code white. The couple's 17-year-old daughter is missing. (ANSA). 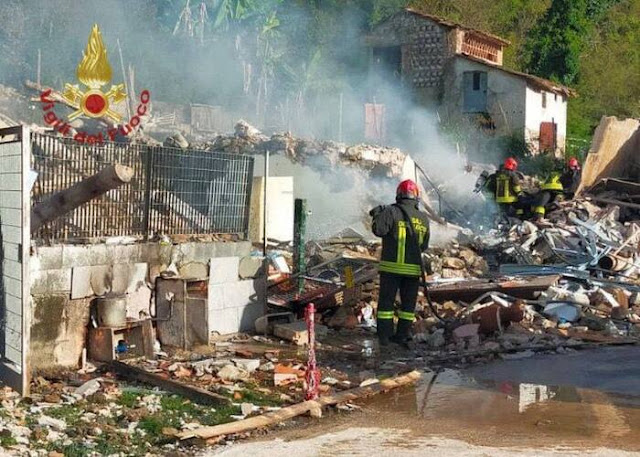 Article was posted 5:45 Rome Time - so the explosion must have taken place in the afternoon - lets say noonday.
I've posted before on noonday devil explosions - explosions occurring at the noon hour- there have been a lot of them over the last two years. I've also posted about witches and house explosions and fires.
First on the noonday devil:
NOONDAY DEVIL
The term Noonday Demon (also Noonday Devil, Demon of Noontide, Midday Demon or Meridian Demon) is used as a personification and synonym for acedia. It indicates a demonic figure thought to be active at the noon hour which inclines its victims (usually monastics) to restlessness, excitability and inattention to one's duties. It comes from biblical sources: Psalm 91:6 of the Hebrew Bible reads "mi-ketev yashud tsohorayim": from destruction that despoils at midday. This phrase was translated into Alexandrian Greek in the Septuagint into. "apo pragmatos diaporeuomenou en skotei apo symptwmatos kai daimoniou mesembrinou" ([you need not fear] the pestilence that walks in darkness, nor the destruction that wastes at noonday.). In the Vulgate, Jerome's translation of the Septuagint into Latin, we can find a personification in the daemonium meridianum ("Non timebis . . . ab incursu et daemonio meridiano"). This demonic personification is kept in the Catholic Douay-Rheims translation of the Old Testament of 1609 (Psalms 90:6). An exception is King James Version of 1611, where the translation follows the Hebrew: “the destruction that wasteth at noonday”. The Orthodox Study Bible confirms the understanding of Saint Jerome and translates Psalm 91:6 as "Nor by a thing moving in darkness, Nor by mishap and a demon of noonday." Holman reported that an Aramaic paraphrasing text in the Dead Sea Scrolls of this Psalm from the first century speaks of demons and spiritual warfare as the Latin and Greek translations did. In the writings of Evagrius Ponticus, a Christian monk and ascetic, the Noonday Demon is specifically responsible for acedia, which he describes as "daemon qui etiam meridianus vocatur", attacking the cenobites most frequently between the hours of ten and two. It caused a sentiment characterized by exhaustion, listlessness, sadness, or dejection, restlessness, aversion to the cell and ascetic life, and yearning for family and former life. Source
Was there witchcraft involved in this Lucca house explosion?
Answer? no of course not...
And that's what you want the answer to be.....
I'll be posting more on the noon day devil explosion caused by witchcraft even if you don't believe.