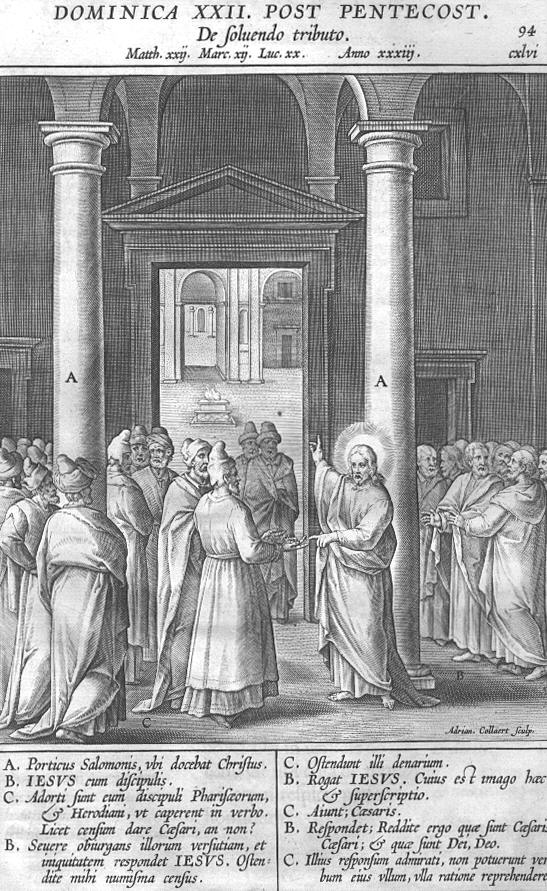 At that time, the Pharisees went and took counsel how they might ensnare him in his talk. And they send to him their disciples, with the Herodians, saying, "Master, we know that thou art true, and teachest the way of God in truth, and carest not for any one: for thou regardest not the person of men. Tell us therefore, What thinkest thou? Is it lawful to give tribute unto Caesar, or not?" But Jesus perceived their wickedness, and said, "Why tempt ye me, ye hypocrites? Shew me the tribute money." And they brought unto him a penny. And he saith unto them, "Whose is this image and superscription?" They say unto him, "Caesar’s." Then saith he unto them, "Render therefore unto Caesar the things that are Caesar’s; and unto God the things that are God’s."