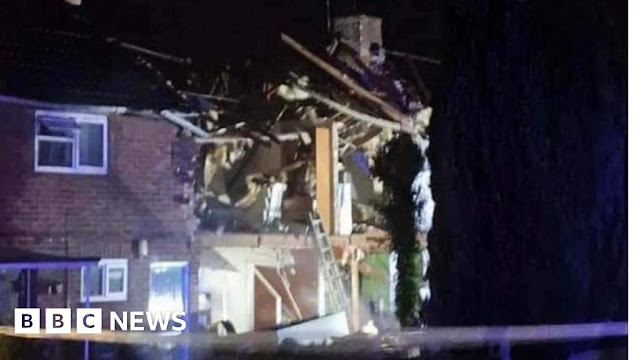 First UK Gas Explosion for the Winter.....more to come.....
Four injured in Evesham suspected gas explosion
Four people have been taken to hospital following a suspected gas explosion in Worcestershire. Emergency services were called to the incident at a property on Hemmingway, Evesham, shortly after 17:00 GMT. One man was taken to Queen Elizabeth Hospital in Birmingham. Two other adults were taken to hospital in Hereford, with a fourth person treated at the scene, said West Mercia Police. Five neighbouring properties were evacuated as a precaution, the force said. The road remains closed with a police cordon in place. People are asked to stay away from the area. Source
Email Post