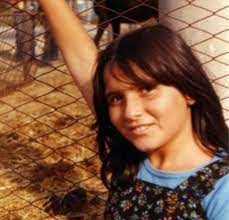 And the monster will arrive at the end of the nineteenth century or at the latest at the commencement of the twentieth. Afterwards this peace will be disturbed by the monster. Our Lady of La Salette 19 Sept. 1846

Priests, my Son's ministers, priests, by their evil life, by their irreverences and their impiety in celebrating the holy mysteries, love of money, love of honor and pleasures, priests have become sewers of impurity. Yes, priests call forth vengeance, and vengeance is suspended over their heads. Woe to priests, and to persons consecrated to God, who by their infidelities and their evil life are crucifying my son anew! The sins of persons consecrated to God cry to heaven and call for vengeance, and now here is vengeance at their very doors, for no longer is anyone found to beg mercy and pardon for the people; there are no more generous souls, there is now no one worthy of offering the spotless Victim to the Eternal on the worlds behalf. Our Lady of La Salette 19 Sept. 1846 (Published by Mélanie 1879)

May those who are at the head of religious communities keep themselves on guard for persons whom they must receive, because the demon will use of all his malice in order to introduce into religious orders persons devoted to sin, for disorders and the love of carnal pleasures will be spread by all the earth. Our Lady of La Salette 19 Sept. 1846 (Published by Mélanie 1879)

God will strike in an unparalleled manner. Woe to the inhabitants of the earth! God will exhaust His anger, and no one will be able to escape so many evils at once. The heads, the leaders of the people of God, have neglected prayer and penance, and the devil has darkened their minds; they have become those wandering stars which the ancient devil will drag with his tail to destruction. God will permit the ancient serpent to sow divisions among rulers, in all societies and in all families; both physical and moral punishments will be suffered. God will abandon men to themselves and will send chastisements one after the other for over 35 years. Our Lady of La Salette 19 Sept. 1846 (Published by Mélanie 1879)

In 1983 the founder of the Legionaries of Christ, Fr. Marcial Maciel Degollado, was in Rome during the month of June. He was waiting on word from Pope John Paul II for his approval to the Constitutions of the Legion of Christ. Approval was granted by the Holy See on June 29, 1983.

Fr. Marcial Maciel Degollado got what he wanted - legitimacy for his lie - he was a very happy man, because he was a free man now, and the new and approved Constitution made him a free man, to do what ever he desired. None of his priests would ever criticize him again, because they all took an oath to never criticize their superiors, and the Holy See said that this oath was now acceptable.

That very same month of June, in that very same city, a 15 year old girl was kidnapped. On June 22, 1983 Emanuela Orlandi disappeared on her way to a music lesson, never to be heard from again. She was the daughter of Ercole Orlandi a Vatican employee.

Many speculate on her disappearance, this is just one of them.

Was she a runaway? Did Emanuela run away from home to join a convent in eastern Europe? Was she kidnapped by Mafioso Enrico de Pedis? Why would the Mafia want the girl? Rumour has it that Emanuela was murdered and her bones are buried with the dead Mafioso Enrico de Pedis. This does not sound plausible. This is most likely a dead end.

Other ridiculous stories claim that Emanuela was kidnapped by Muslims as a swap for Mehmet Ali Agca. This too is ridiculous.

So what happened to the girl? Was she kidnapped? most likely, but by whom? What was the reason behind the kidnapping?

Call Emanuela his very own Triumph, he needed someone to party with, and he carried her off after his victory with the Holy See. No one close to him would ever be able to criticize him again - because the Holy See approved the private vow of charity that all made, promising never to criticize their superiors.

The private vow of charity, promising never to criticize their superiors was approved seven days after Emanuela Orlandi disappeared never to be heard from again.

Now, does this sound too fantastic to believe? Well, it does sound very plausible, more so, than the stories that have been told so far.

As for some new insight in to the matter, Father Gabriel Amorth has come out and said that Emanuela Orlandi 'was kidnapped for Vatican sex parties'  Who attended those Vatican sex parties? The founder of the Legionaries of Christ, Fr. Marcial Maciel Degollado did. Anyone want to refute this observation?

For more on what Father Gabriel Amorth had to say on this matter: