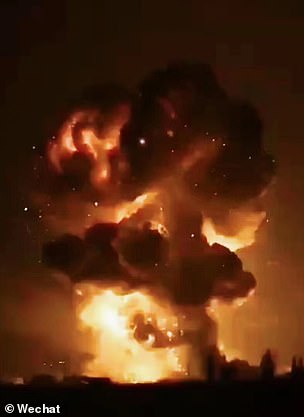 A Chinese firecracker factory has been reduced to rubble after a series of devastating explosions tore through the complex last night.  Terrifying footage released by Chinese state TV shows huge blasts sending a mushroom cloud into the air in the small city of Guanghan.  Local authorities claimed six people were wounded in the incident, including two who were seriously injured. The incident was caused by the combustion of flash cotton in the warehouse hot weather, which lead to a fire and ignited the firecrackers, the government said. Source